Covid-19! Dear Clients/Visitors, we wish to inform you that our online store is still fully operational, orders will be shipped via FedEx or PostNord as usual! Free shipping on this item!

It was instituted on 10 May 1906 in commemoration of the 40-year reign of King Carol I, and the King was the Grand Master..

Collar of the order is composed of silver gilt and enamel, consisting of 22 links, 12 of which present the double “C” cypher with a red enamel “I” in the center, the remaining ten links represent the crests of the Romanian Provinces , the central link presents a silver crown.

Is is marked with the national German crescent moon and crown and 900 mark denoting the silver quality, below the maker mark PAUL TELGE BERLIN.

The Order of Carol I was the highest decoration in Romania until 1947 when it was abolished along with the Romanian monarchy.

This order was granted to both Romanian and foreign citizens.

There could not be more than 5 Romanians in the rank of collar at the same time.

Besides the Kings of Romania, the collar class was given only to Romanians who were prime ministers and who showed their total devotion to the country, among them being Grigore Cantacuzino, Ion I. C. Brătianu, Titu Maiorescu, Nicolae Titulescu.

The rank of collar was awarded to foreign citizens who were kings or heads of state, among them Emperor Wilhelm II of Germany, Emperor Franz Joseph of Austria, King Leopold II of the Belgians, King Victor Emmanuel III of Italy, King Edward VII of Great Britain and Ireland, King Carol of Portugal, King Alfonso XIII of Spain, Sultan Abdul Hamid II of the Ottoman Empire, King George I of Greece, President Raymond Poincare of France, King Zog I of Albania. A special case was the award of the collar rank to the German military leader Hermann Goering in 1941. 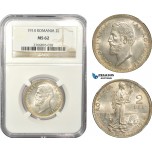 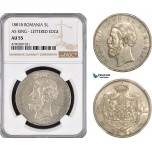 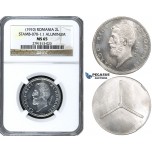 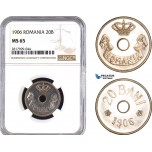 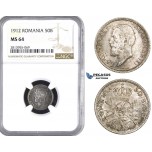 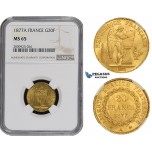